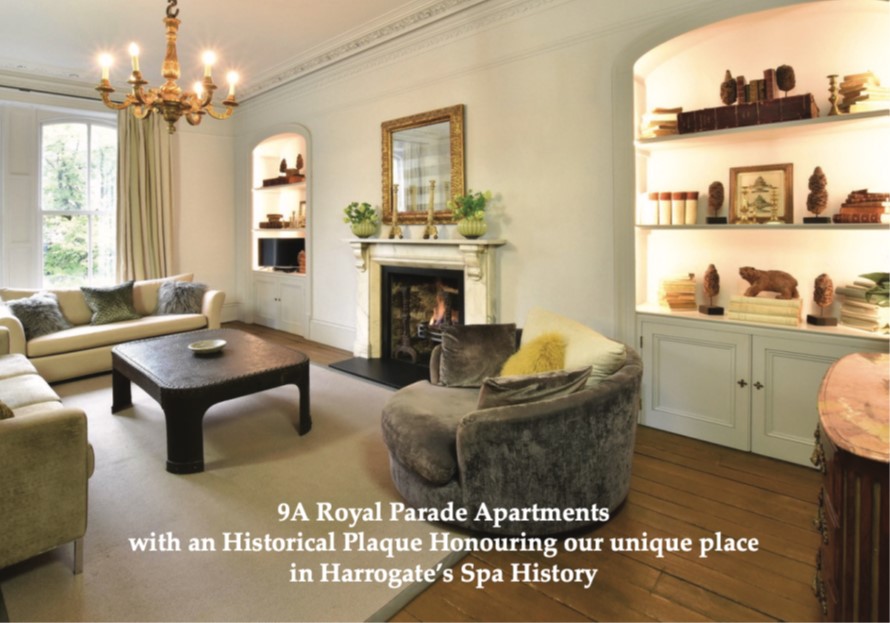 Our Green Story started in 2020. With lockdown, we were forced to close our apartments. In these seemingly adverse circumstances, I had time to follow my passion for researching the history of our fine period house and to look at finding our place in Harrogate’s Spa history.

We have always been proud to honour Harrogate’s history by acknowledging that its fame and wealth are rooted in its reputation for its medicinal spa waters. 9A Royal Parade directly overlooks the Royal Pump Room with unique views of its copper-domed tiled roof. The Royal Pump Room was built in 1842 over the original Sulphur Well in Harrogate and subsequently became the leading Spa in Europe in the late 19th Century. Royal Parade was aptly named as the principal promenade for the Royals who came to take the ‘waters.’

However, I didn’t know our part in this story. So, I first looked at tracing the deeds through our family solicitor. However, again because of lockdown, they were in storage and not accessible. Several months later eventually I received a call to say they had retrieved the original handwritten deeds from 1855 (see image below) for the purchase of the land for 8 and 9 Royal Parade which was bought by Pickersgill Palliser. Result! 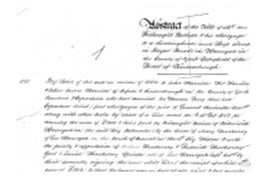 More research revealed that Pickersgill Palliser had come to Harrogate from Yarm as a young man with 2/6d in his pocket. He was the first person to list the Royal visitors to the Pump Room. He then founded the Harrogate Advertiser newspaper to record them. In 1840 he published Palliser’s History and Directory of Harrogate. In 1855 he purchased the land for 8 & 9 Royal Parade and had the buildings erected. In the 1871 Census he is recorded as living at 9 Royal Parade and running the shop below.

I contacted Harrogate Civic Society with our news. The late Malcolm Neesam, Harrogate historian, came to visit our building and gave it a great big “Yes!” He wrote the brown plaque honouring Pickersgill Palliser who is recognised as having a life of dedicated service to Harrogate. As a result, on 8 June 2022, the Mayor of Harrogate unveiled the plaque, and we had a reception party to share our news on our destination and our place in Harrogate culture and community. We are now included in the Montpellier plaque trail in Harrogate. And finally, we got a mention in the Harrogate Advertiser (founded by Pickersgill Palliser) to share the news!

The plaque is now there for all to see.

This all reinforces 9A Royal Parade Apartments Green Ethos Statement: We are a small green independent family business. We have tirelessly restored the original period building. We put green values at the heart of everything we do. We promote walking for health and happiness in Harrogate as was always promoted with taking the Spa waters. We honour our unique place in Harrogate’s history.